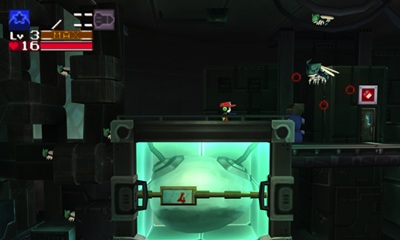 Usually when you hear about a game delay you can be left wondering exactly why the company delayed the game, but that isn’t the case this time around. Unfortunately NIS America announced today that they are going to be delaying the release of Cave Story 3D on the Nintendo 3DS until November 8th. But don’t feel too bad about this news, they are doing it for a good reason.

NIS America producer Jack Niida had this to say about the delay: “We are currently undergoing improvements to enhance gameplay. Changes are in the small details, but in order to satisfy both the fans and the new players we need to make sure the game is done right. Please look forward to it this holiday season. Cave Story 3D will be a blast” It is impossible to complain about a delay when the company legitimately wants to improve and polish their title for the fans. You can find the latest screenshots released for Cave Story 3D in our previous article here.