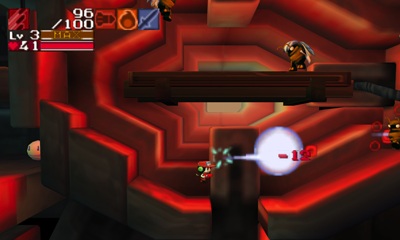 If you’ve been wondering how Cave Story will look like on the 3DS then you won’t have to use your imagination anymore. We’ve seen character art as well as box art, but now NIS America has released a handful of screenshots for the title which you can see below.

These screenshots show a number of different areas in the game, including inside of a lab, a temple like area and even an area with some grassy hills. A little bit of the game’s combat is shown in one screenshot as well. Originally developed by Nicalis and Studio Pixel, Cave Story 3D will be the first game from NIS America’s library to arrive on the 3DS and will be released on August 9th of this year.

Horrid Henry: The Good, The Bad And The Bugly gets TV AD