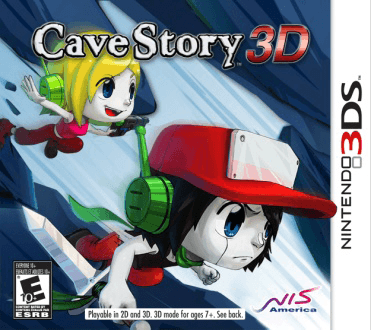 Own a Nintendo 3DS but a bit disappointed on the lack of games, or should I say lack of quality games that have been released recently for the handheld? Well all that is about to change because NIS America and Nicalis’ Cave Story 3D is now available at nearly all places that video games are sold.

Cave Story 3D is the creation of Daisuke Amaya or Pixel as he likes to be called and it is a side scrolling action adventure game which was inspired by the 2D original released years ago. The player plays as Quote, a boy who has woken up in a mysterious cave with no memories. As you advance through the title you will learn more about who you are and try to save a whole race of creatures from being destroyed. Cave Story 3D will cost $39.99 and you can find out more at the game’s official site here.

Cave Story 3D to have 2D sprite mode as well