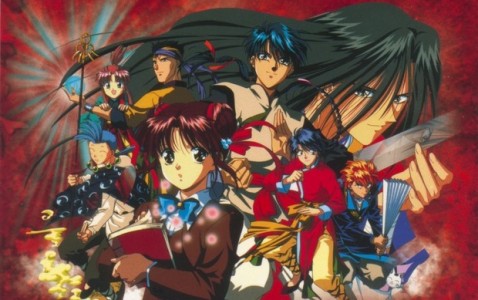 Media Blasters have announced that they will be releasing the first season of 17 year old anime series, Fushigi Yugi this April on DVD. This news follows their recent laying off of 60% of their staff, leaving them with a mere 5 regular staff members.

It’s a sad case when a once great anime company, is now reduced to grasping for any form of relevancy by license rescuing a series that is long past it’s point of pertinence.

Media Blasters need to either do something that will make major waves in the industry or to simply bow out and save themselves the embarrassment of pathetic acts of desperation. We know that the state of the economy is causing a lot of people a lot of problems, but licensing a 17 year old anime series is not going to turn things around for Media Blasters.

They need to make waves in the industry. How can they do that? By licensing more new titles. Media Blasters can’t afford to be putting their time into releasing old series that were never very popular to begin with. They are in such a poor state that Australian company Madman Entertainment is releasing Media Blasters version of Squid Girl a whole month before they even do.

Are Media Blasters still relevant? No. But they still can be. They just need to bring fans the titles that they actually want.

Media Blasters Lays Off 60% Of Their Staff