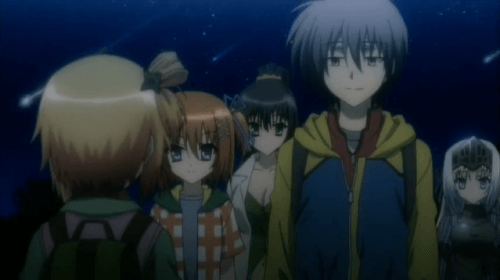 Japanese anime publisher Kadokawa Shoten revealed today that a second season of the popular Kore wa Zombie Desu ka?, also known as Is This a Zombie? would begin airing in Japan this April, setting the air date for the Spring 2012 anime season. They announced the second season, which is being called Kore wa Zombie Desu ka? of the Dead via a two and a half minute video on their YouTube channel which can be seen below.

The first anime season and this subsequent second season is based off of Shinichi Kimura’s original light novel series. Currently not much is known about what arcs the second season will cover, but for those who never watched the first season, Kore wa Zombie Desu ka? is about a high school boy named Ayumu Aikawa who just happens to be a zombie. This was after being resurrected by a necromancer girl named Eucliwood Hellscythe who everyone simply calls Yū. Shortly after that he accidentially takes the powers of the magical girl Haruna and must take her place fighting disastrous creatures known as Megalo.

This is great news for anime fans as Kore wa Zombie Desu ka? was seen as one of the most surprising and one of the more popular anime among viewers, containing plenty of action and comedy as well as some harem and ecchi elements as well. Currently FUNimation is holding the license to release the first season of Kore wa Zombie Desu ka? in North America, so it would not be too presumptuous to assume they will also acquire the rights to this second season.

Is This a Zombie? English cast revealed