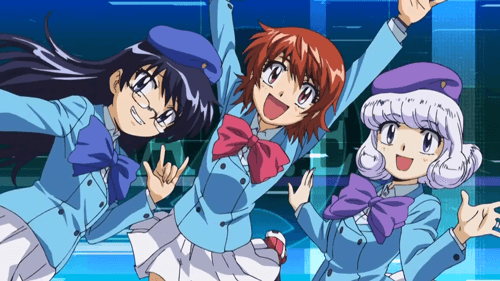 In a rather surprise acquisition, Sentai Filmworks has announced today that they have picked up the license for Zettai Karen Children, an anime which aired back in 2009. They plan on releasing the original 51 episodes as well as the OVA on DVD with subtitles only later this year.

While some may be disappointed that the release is being given subtitles only, at least the title is making its way overseas. For those who don’t know, Zettai Karen Children was originally a manga by Takashi Shiina and follows a group of three young girls with Esper powers that are among the strongest in the entire world and the intelligent Minamoto who must supervise as well as take care of them. The manga is currently still running in Japan but has not received further anime adaptations.