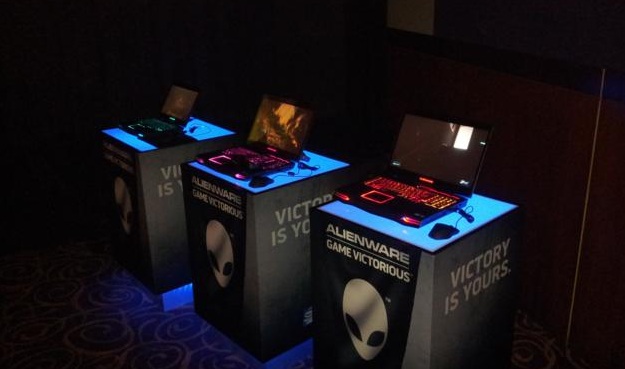 Earlier today myself and an associate (Kyle Moore) were invited to an Alienware event over in Sydney called Alienware: Game Victorious. It was there that we were allowed to preview and play with the latest in Alienware gaming hardware. In our report we will be discussing the newest laptop line from the crew featuring the newest Sandybridge Intel Processing architecture and the latest in gaming graphics processing technologies.

The first in line was the M14x, which is the laptop with the least power behind it from this line. This does not mean that it is not a modern machine incapable of running the latest games, far from it, it was running Diablo 3 flawlessly throughout the night and I’m sure that it would be playing other more intensive games with ease. What makes me so sure about this? I had a peek under the hood, or so to speak. Bringing up the machines specs in Windows is a pretty menial task that anybody could do and it is by far the easiest way to gauge a computers performance at a glance. What did I see? 8GB of Ram, Intel processor (I think it was an i7 from memory), nVidia 660M, a massive HDD and what I’m sure was a Blu-Ray player. 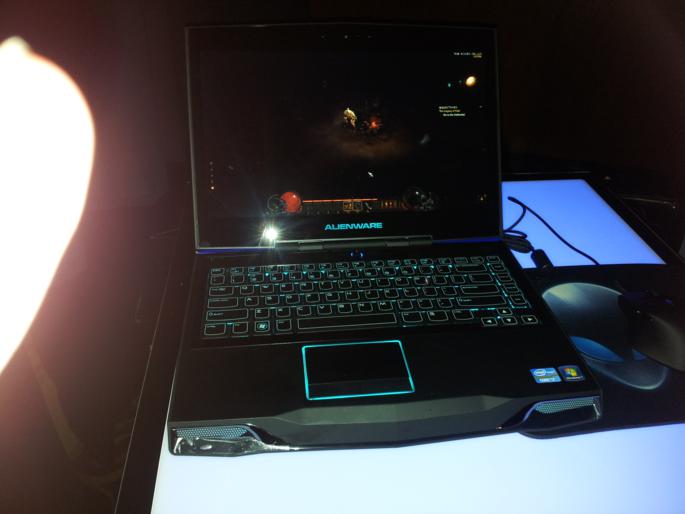 Going upwards from the M14x to the M17x your specs only increase. This was clearly evident by the way the machine near effortlessly rendered the finer details in an nVidia 3D enhanced Crysis 3. The power of this machine alone was enough to make me weak at the knees, if this laptop was a dude and I was a chick, I’d have it’s babies. And it’s not even the strongest of the three machines! The M17x is the middle of the three laptop computers that we saw that day, so you can only imagine how much stronger the next in line would be.

The M18x was the powerhouse of the night, boasting the highest specifications of the three machines in the laptop line. This machine is also the most expensive, but it should tide you over for the next few years. I can not think of a better game to show off the power of this device other than Battlefield 3, which is the game that Alienware had showcasing the prowess of the machine with. From what I could see, it was running the game at maximum settings incredibly well and made my own home machine look like a kitten in comparison to the big, powerful lion that the M18x is. If you’re a gamer that plays on the move, loves their games running at absolute maximum and has the money to back a purchase, you will definitely want to have this machine. There is no comparison (aside from a custom-built home PC) in the current Laptop marketplace and probably wont be for a few years. 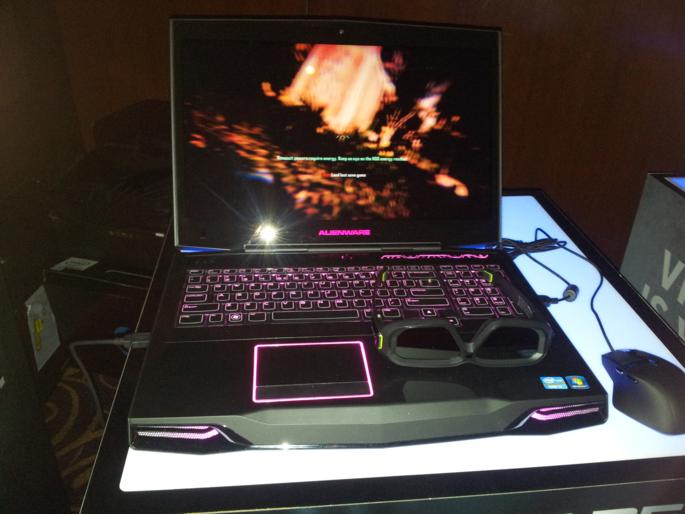 Of course, an Alienware gaming device is not an Alienware gaming device with the sleek Alienware aesthetics that go along with them. These gaming laptops are simply beautiful to look at. Light-up keyboards, sweet as casing and that instantly recognisable Alienware logo makes for a brilliant package. Also, I’m not too sure if each device is colour locked, but each iteration had a different backlighting unique to each machine at the event. This gave each laptop a very distinct feel. Also, I would like point out that if carrying weight is a concern, the M14x is the lightest machine and the M18x is the heaviest.

Overall Alienware have released a set of brilliant laptop machines that are tailor made for the hardcore game market. If you are constantly on the move, or are sick of desktop PCs these would be your best move to make in purchasing your next gaming machine.

Benjamin Webb
Gaming for as long as my memory serves me, probably longer.